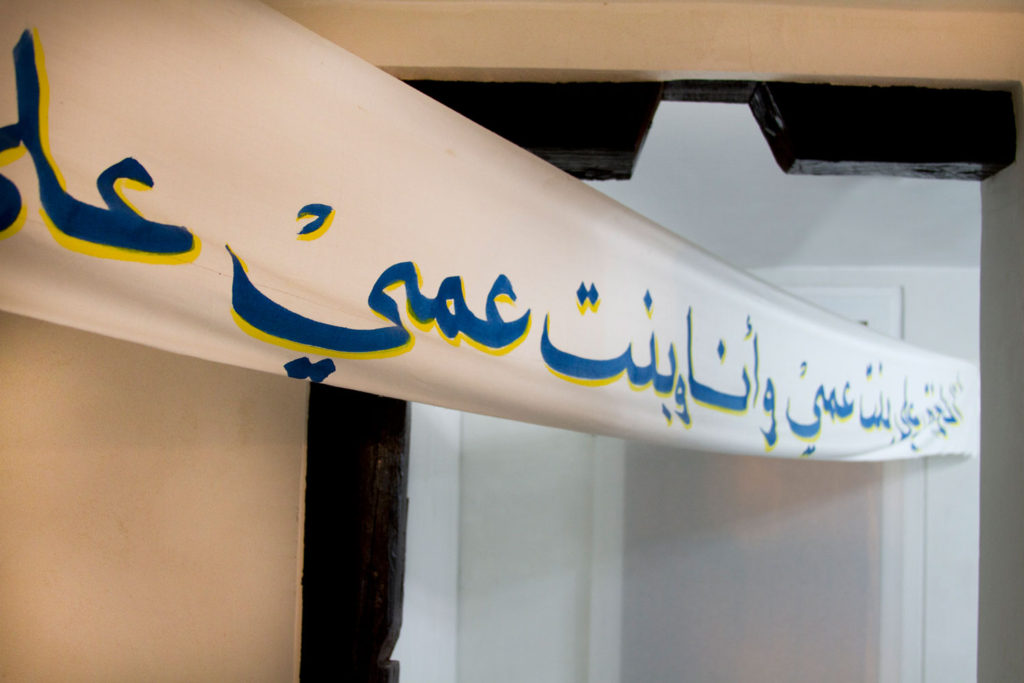 Text written on banner: “Me and my sister, against my cousin. Me, my sister and my cousin against all the rest”

Based on a Lebanese saying that says the same but uses male nouns, which are gender inclusive.  In this banner, all the gendered words have been changed from male to female.

Flying Fence consists of a fabric banner of 6 meters length. This kind of fabric banners hangs in the streets of villages and towns in Lebanon for store advertisements, holidays, or political parties. I was interested in exposing the division, to find that point where it results ridicule. Especially in Lebanon, where divisions according to the different religious communities are so quotidian and infused in daily speech, besides the general distintions between race, gender, class and nationality,

Nadia is the co-founcer of The Windor, an artist run space which promotes multidisciplinary art and experimentation.

Laaventura is the audiovisual production company, created by Laila and Nadia Hotait with the goal of working in film, video-art and documentary with other producers, distributors and creative people.